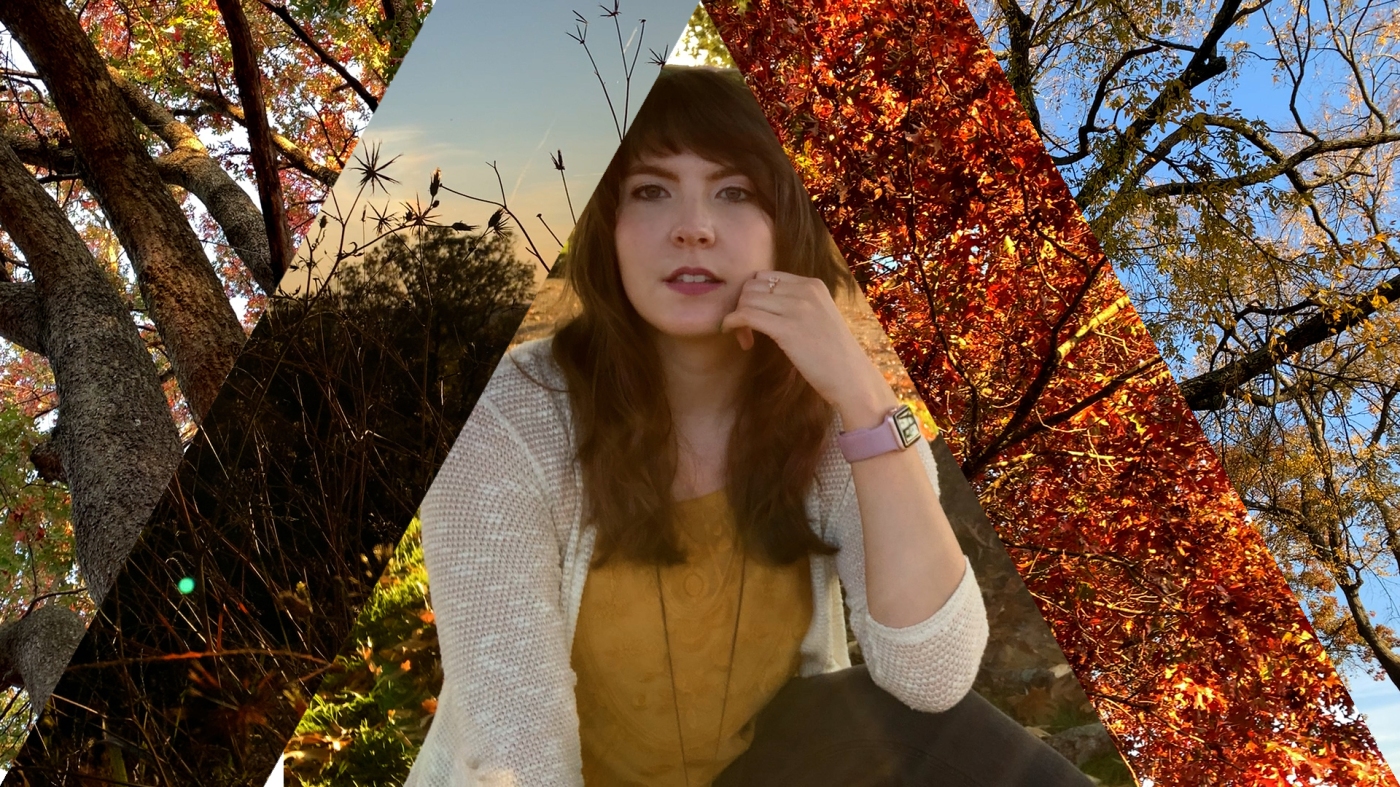 Fall has always been one of my favorite seasons because of how full of magic it felt as a child. Anything could happen, you know? I could go back to school and be someone completely different. Someone with friends. Someone who was happy. Someone with hope for the future.

Perhaps I don’t have the opportunity to reinvent myself each autumn anymore. (Adulthood’s seasons are long and blurred.) But that feeling of being on the precipice of something new and grand lingers. So I tried to capture some of that magic through cinematography and poetry in today’s video. 🎥 🍂

I spent golden hour at Chimborazo Park in Richmond, VA filming with just my iPhone, the FiLMiC Pro app, and a tripod. It was an unseasonably warm November Sunday, and I wasn’t the only one with the idea to enjoy the weather and sunset in the park. As I texted a friend later that evening, “When will filming in public not be awkward?”

I’d actually meant to have a lot more of *me* in this video. (I’ve been watching a lot of poetry TikToks and Instragram Reels which is definitely where I was drawing inspiration from here.) But it’s hard to turn the camera on yourself when there are people around. I’ve reached a point where I can mostly tune out public curiosity if I have to vlog in public (e.g. my Busch Gardens videos), but you’ll notice I do that sparingly too.

However, in this more introspective video, I just wanted the camera to observe as I experienced the beauty of the evening. And because I’m still working on *not caring what other people think* that meant I shot most of this video from my own visual perspective. You’re seeing what I’m seeing. What I thought was interesting. Not necessarily getting to observe me in the environment so much.

While it wasn’t what I set out to do, I think it worked for the story I was telling anyway. Hopefully you got to see some of the magic of fall through my eyes.

And if you’re interested in the poem text, here you go:

Autumn has always felt a little magical to me.

A time of change and rebirth,

Despite the latter being spring’s territory.

It was new grades and classes and experiences.

A chance to reinvent yourself.

Or at least dream of that reinvention.

But then so did that whole season of my life

Though now it’s farther away in time than it lasted.

But that’s what they say, right?

That time is relative.

When you’re a child, the days and seasons feel long,

Other times full of joy you wish wouldn’t end.

But the more time you experience,

The shorter those days, weeks, years start to feel.

Summer is over, and you’re in the never ending fall of your life.

A season both of dying and of beauty in that death.