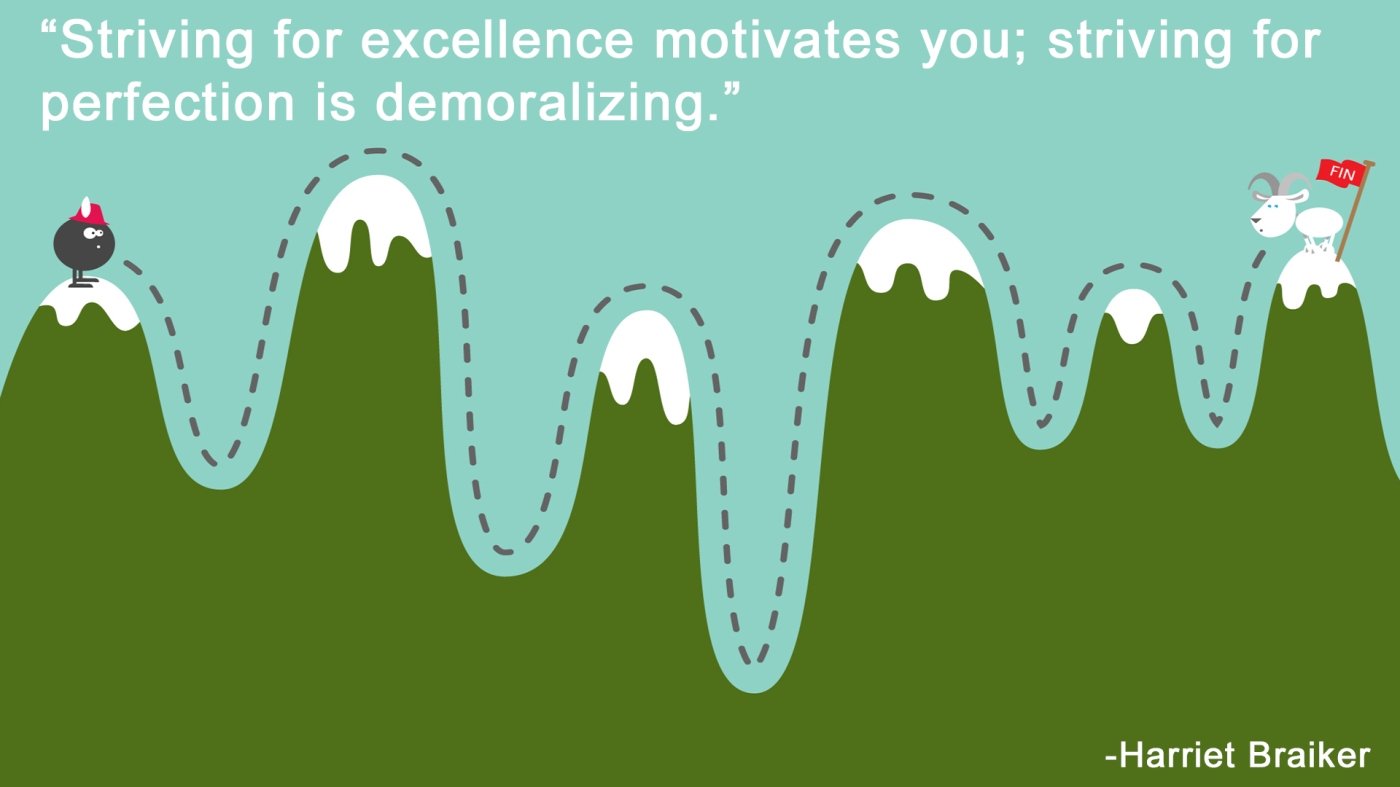 I have written four chapters!  This may not seem like a big deal to you, but I can promise you it’s spectacular for me!  When I think back to my original story, I would have periods of intense writing and then long bouts of stagnation so that I don’t think I’ve ever actually written four chapters inside of four months.  This really makes me feel like I’m accomplishing something and that writing this book is not just a possibility but also a completely reachable goal.

I struggle a lot with deciding on reasonable goals.  As I’ve gotten older, it has become increasingly hard for me to determine what goals to set for myself because I have such high expectations.  On the one hand, I might set goals that are entirely too lofty or create a timeline of completion that just isn’t possible.  On the other, I could be too scared to even set goals at all so that I have nothing to work toward because of my fear that I will fail.  But you can’t succeed if you never try.  But you can certainly fail if you never step outside of your box.  Failing by omission, I would call it.

I don’t want to be the kind of person that just lets life pass me by because I’m too afraid to grab life by the horns and make it bend to my will.  What’s ironic is that I am, in fact, an extremely determined and self-confident person.  I believe in my abilities. I know I am talented.  I know I deserve to be using them somewhere I could benefit both others and myself; however, I’m afraid.  My self-confidence dies when it looks into the eyes of the world.  I think it’s that I feel like I’ve never been good enough for the world.  There’s always been someone one step ahead of me by luck or coincidence, not necessarily merit.  For example, I was salutatorian of my high school class when I actually had a better-looking report card (all A’s across the board) than the valedictorian.  But he took one less class than I did which made his GPA average differently (because my extra class was a choir course on a 4.0 rather than a weighted 5.0 scale).  This wasn’t the first time I had experienced a goal disappointment like that, but it was the formative moment in my life where I realized that no matter how hard I tried, sometimes certain things would always be unattainable.

Even though that disappointment happened almost 6 years ago, I think I’m still slowly healing from it.  And more than anything, setting small but significant goals like rewriting my novel chapter-by-chapter, month-by-month, is helping me see the joy in accomplishing goals that I love.  I think it’s also teaching me the difference between the things I have a passion for (like writing and filmmaking) and the things I excel at because of my perfectionism (e.g. straights A’s in high school and college).  Perfectionism has made me lauded and bragged about by family, friends, and teachers, and it feels nice; however, it seems like there is always someone else slipping into the crowd who has done something even MORE significant and praise-worthy and my parade gets rained on a bit.  It’s not that I don’t like to celebrate other people’s accomplishments, but when you’re a perfectionist, you’re always comparing yourself to everyone around you.  You can never rest because your goal of perfection in everything can never truly be complete.

When I pursue my passions though and use them as a basis for my goals, I always find so much more joy.  I have to wonder why I don’t set goals like this more often.  I would supposed it’s because striving for perfectionism is easy—not in the execution, of course, but in the decision to pursue it.  Striving for your passion requires careful thought and sacrifices.  Will you pursue your passion goal at the expense of your perfectionistic goals like a clean house or a perfect report card or a promotion?  If you’ve never been accustomed to perfection goals, then you probably think I’m crazy right now, and I envy you.  I’ve known people who pursue their passions without a second thought.  Perfectionism? What’s that?  But I’m caught in the Venus Fly Trap of perfection, unfortunately.  I’ve been making slow progress against my perfectionistic goals since high school, but what I’m doing now with the pursuit of my novel-writing goal is something that I think has much greater potential for boosting my self-confidence and helping me feel accomplished.

So HUZZAH! For chapter four! And on to chapter 5! And on and on because I’m going to write this book. I want to write this book! I won’t stop after 12 chapters/one year either.  I will write to finish it.  Because that’s something I’ve been passionate about since I was thirteen.  And I deserve to follow my passions.