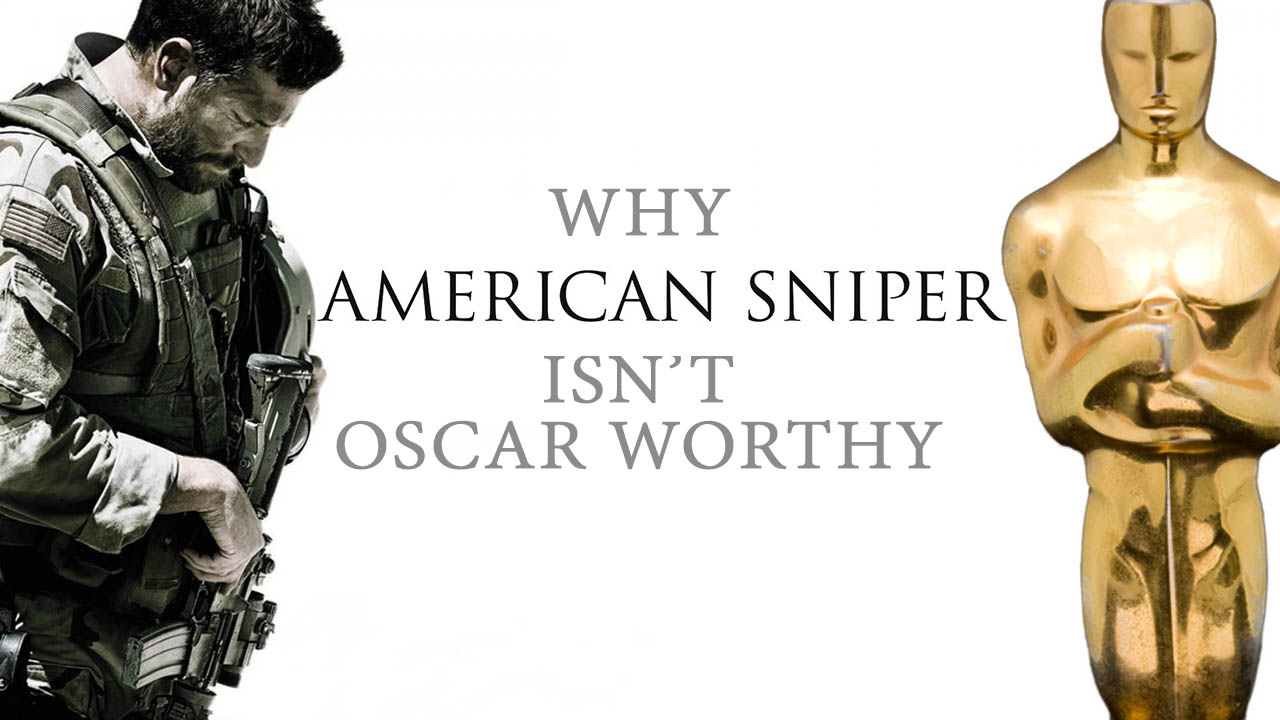 Since seeing the first trailer for American Sniper, I was torn about my feelings for it, whether I should see it, whether it would be any good, what kind of light it would portray topics I find touchy. But after hearing that it had 6 Oscar nominations, most notably that of Best Picture, I felt like it might be worth the watch to make my own opinion. And I’m sorry to say that I was thoroughly disappointed. American Sniper is not Oscar material.

And it’s not because it’s about ‘Murica and nationalistic and Republican while I have rather obvious liberal leanings. (One of my coworkers likes to say “if you’re not liberal when you’re young and conservative when you’re old something’s not right.” At 24 years old, I find that statement to make a lot of sense.) But it is because it looks like propaganda, and I don’t think propaganda has a place in the Academy Awards. But the real question is “Why is it propaganda?” You might think because of how nationalistic it is, but truthfully that’s not where I have the problem. It’s the character of Chris Kyle that I have a problem with.

Let’s imagine for a moment that this isn’t a movie isn’t based on a book by the main character. Let’s imagine that this is just a fictional, heart-wrenching but feel-good American solider story. If that were the case wouldn’t you expect to see some character development? Shouldn’t Kyle go through a series of events that change him in some way? Shouldn’t we question his actions as an audience, especially as violent and xenophobic as they appear? Shouldn’t the film comment on who he is as a person in someway? Or at least address in some form the thin line between “right” and “wrong” that he’s treading? 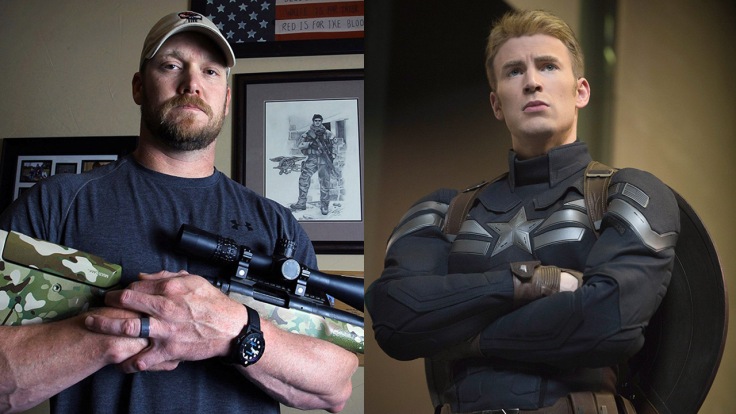 One of the problems that Marvel’s Captain America: The First Avenger had, despite all its comic-book-brought-to-life glory, was that Steve Rogers’ character was rather one-dimensional. He fought for what was right. He fought to protect America. He was the essence of what America strove to be in the world. But that’s not interesting to moviegoers. We like to see conflict, change, development, growth, and resolution. The plot in Captain America: The First Avenger was compelling but the character of Steve Rogers left us wanting more. Captain America: The Winter Soldier accomplished this better because it at least allowed the audience to question for a minute Steve’s intentions. And the Winter Soldier/Bucky Barnes’ character is even more interesting as he grows and the audience questions whether he’s good or evil. In this way, Chris Kyle is like the murderous, not-so-heroic, real-life version of Captain America. He’s a hero because he saved a lot of his own troops and helped progress the War in Iraq in America’s favor. But just as Steve Rogers is one-dimensionally characterized as obsessed with justice and what is right, Chris Kyle is one-dimensionally shown to favor “God, country, and family.”

What bothers me is that some of the other characters in the film like Chris’ wife Taya and fellow Navy SEAL Marc Lee do question Chris’ intentions and actions. Taya doesn’t understand why continuing to go back to Iraq is so important when they have a family and a life in the States that he should be living.

American Sniper sets up a veterans’ affairs story that could be really influential and relevant to current societal discussions, but it chickens out. It’s more interested in chronicling Kyle’s kills with the afterthought of thrown-in veterans’ issues scenes and therefore looks more like propaganda. A fellow soldier in an auto shop, Kyle’s wife, a veterans’ hospital psychologist all seem concerned that the horrible things he’d witnessed and participated in while in Iraq might have somewhat psychologically affected him, but Kyle stoically denies any suggestions that he suffers from PTSD. No, he regrets that he didn’t save more American soldiers (because that’s not a sign of PTSD at all). When he finally does end up in a veteran’s hospital with a psychologist and the movie could really make a statement about PTSD and the long journey of recovery, it just skips to Kyle spending time with wounded veterans. A hero hailed by his loyal and starry-eyed subjects.

It’s good to see that Kyle had such compassion for his fellow soldiers. That he relished that brotherhood born in the “trenches” of Iraq. And it’s a redeeming quality for a man who appeared like a cold-blooded killer at times, but it was only 3 scenes in the movie. One minute he’s in a psyche office and the next, he’s smiling and laughing with wounded veterans on a shooting range and everything is hunky-dory. He’s healed! It’s a miracle! If all veterans were like the Chris Kyle of American Sniper who just needed to do some volunteer work, wouldn’t veteran rehabilitation and reentry into society be quick and painless?

It’s hard and grueling and because I’m not a veteran or related to anyone who’s been to war I can’t even begin to comprehend what it’s like to come back and try to live a normal, civilian life after committing my life to protect my country and to take down “the bad guys” even when that distinction is a little murky. Chris Kyle made it seem too easy. That you can just kill hundreds of people in the name of your country and shake it off like “no-big-deal-wish-I-could-have-done-more.” And that makes him seem crazy. 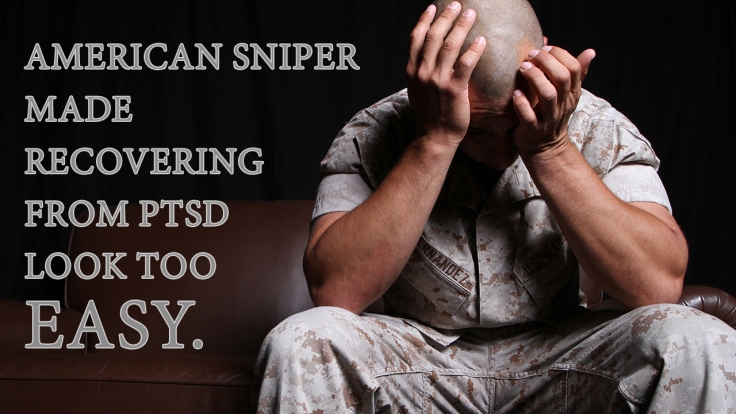 Was that the point of the movie? To slowly reveal to the audience that he was a mindless, killing machine with no remorse? (His statement about his friend and fallen soldier, Marc Lee, disturbed me the most when he vehemently insisted to his wife, “The letter’s what killed him. He gave up!” after she tried to discuss Marc’s apparent anti-war thoughts in a letter read at his funeral.) That’s certainly not the major takeaway that most audiences seem to be professing though. Most of my Facebook friends were talking about how emotionally rending it was and how it really signified what being “American” (or maybe I should say “Murican”) is about. So if that’s the main takeaway by audiences, then I just can’t get on the American Sniper Oscar Nominee bandwagon. The way the movie develops (or rather doesn’t develop) the character of Chris Kyle and completely misses out on making a societal statement on veteran’s affairs ruins any chance it might have had at being Best Picture worthy. It fools proud, nationalistic audiences and Chris Kyle fans alike into a false sense of hero-worship through the film when it actually gives mixed messages as to his hero-status as well as lacks any real thesis behind the film. And that’s just not what I expect from the Academy Awards. 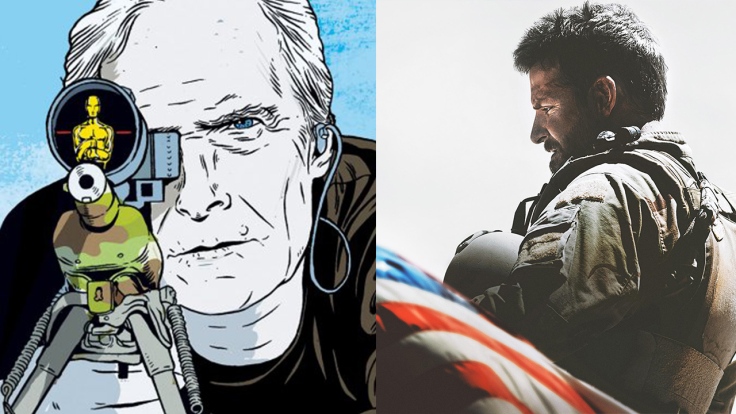