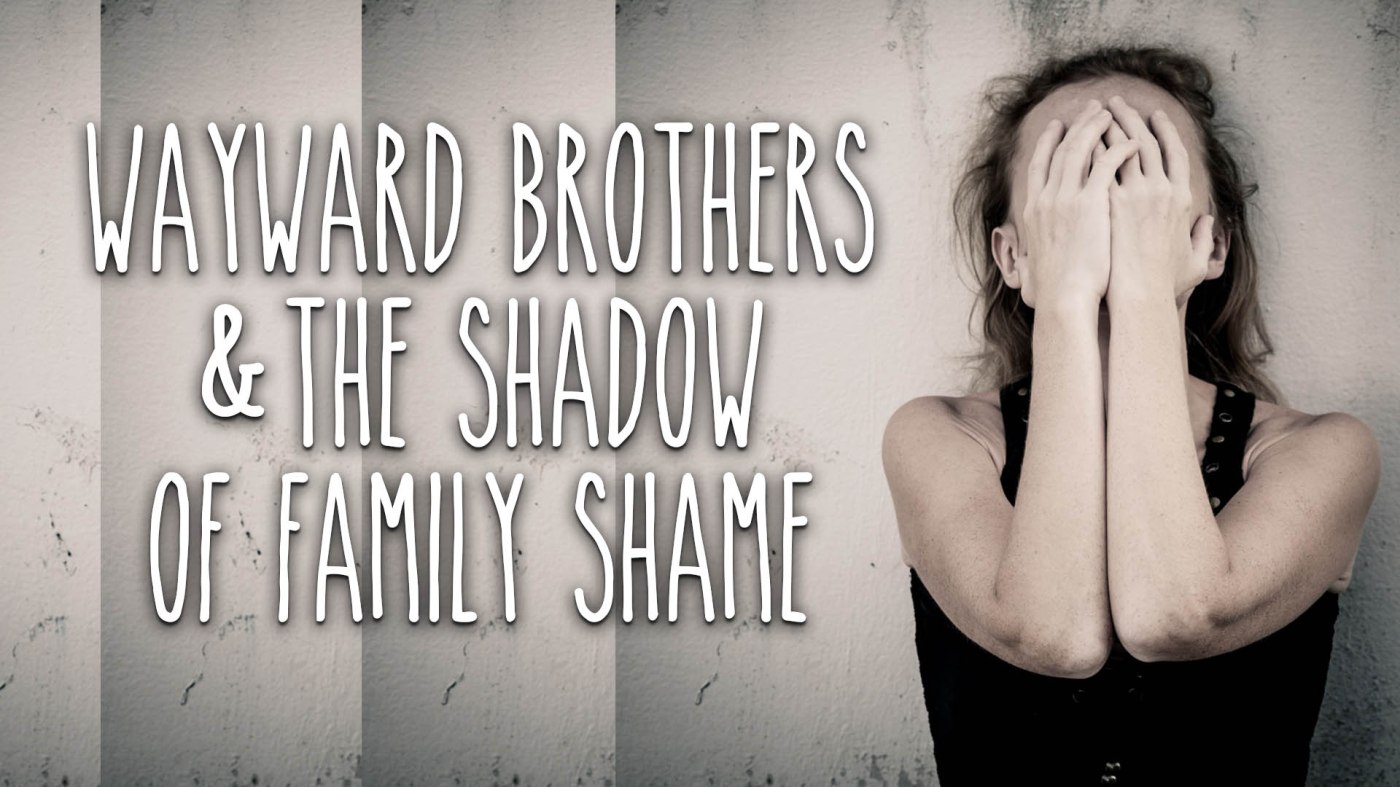 You know those picture perfect families? The ones that all go to church together and have regular family dinners even when the kids are grown and off living their own lives? The ones who call or text each other relatively regularly to catch up on life? The ones that miss each other if they’re away for a while?

I don’t live in one of those families.

Not that perfect families even really exist, but there are certainly better functioning families than the one I call my own. While I love my family dearly, they have a lot of flaws—one in particular I’d like to address here because I know I can’t be the only one suffering under this shadow. That is, the shadow of family shame.

My parents and grandparents have always loved to be very vocally proud of my brother, Colton, and I. Part of my father’s job is sales so he’s always going into people’s houses, getting to know them better, and sharing stories of his own children’s accomplishments. I’ve especially made it easy for him because I’ve carried the mantle of the “Good Girl” for as long as I can remember. I do all the right things. I got all the best grades. I went to a prestigious college. I work hard at my job in my field of study. My brother…not so much.

He’s never been very interested in school. He had a free ride to college through his private high school but didn’t keep his GPA high enough to keep the scholarship. He quit working about 8 months ago and has been living in a 2-bedroom apartment alone (because his roommate moved out and he refused to look for another one or move with his roommate to a new place) with my parents paying his rent for the past 5 months. He was diagnosed with bipolar depression about a year ago but refuses to take his prescribed medication, show up to psychiatrist appointments, or go to therapy. He has serious anger management issues. He expects my parents and grandparents to pay for all of his expenses when he refuses to work and throws hysterical fits if they don’t. My dad has tried to have him work with him (in construction), but Colton typically spends the day whining about everything, aggravating my already exhausted father, and sometimes even walking off the job without a word to anyone.

And it’s hard for me to sympathize with him but so much because we’ve always had a tumultuous relationship. I’m 5 years older, which created a disparaging maturity gap while growing up. The most friendly relationship we’ve had occurred once I went to college (more than likely because I wasn’t around most of the time). I felt like I understood his needs and frustrations with my parents a lot better when I came home for summer and winter breaks. However, when I moved back home after college, that connection was quickly lost. And when he moved out 6 months after graduating high school in 2013, our relationship crumbled into something nonexistent. He only contacts me if he wants something. (Most recently, it was for a $1000 loan that he SWORE he would pay back in a month because he’d be making LOTS of money by then. I’ve loaned him money before and never been paid back so I tried to politely decline causing him to be angry with me ever since. Even showing up at my birthday party and eating a free dinner without ever acknowledging my presence.)

Though what bothers me the most about the entire situation is how my family deals with it. They are terribly ashamed of the turmoil my brother is currently living in. They talk about it amongst themselves (or rather, they OBSESS over it, discussing meaningless details into obscurity), but they refuse to talk to anyone else. They’re embarrassed. They don’t want to be judged. So rather than looking for help and opinions from a pastor or friend, they continue to ruminate on their own minimal and exhausted solutions (which consist of, “give him money until he turns himself around” and “don’t be too harsh on him because he’s very sensitive right now.”) They blame themselves for my brother’s situation. They didn’t love him enough. They didn’t give him enough attention. They didn’t drill the “right things” into his head hard enough. They’re terrible parents. But it’s not their fault! Well, some of it probably is if psychology has a say about it, but the situation he’s in now—no job, no income, living above his means, no education—that’s HIS doing through and through. He stopped working. He stopped going to his psychiatrist appointments. He stopped taking his medication. When he’s 20 years old, it’s a bit more difficult to force your child to swallow his prescribed pills.

And I can’t take the guilt! I feel like I’m living the Prodigal Son’s parable except it’s before the Prodigal Son is even anywhere near coming home. And I know we’re supposed to learn a lesson from and not be like the older, “good” son, but I certainly can see where his annoyance is coming from! Like I went on vacation with my family last summer, more than likely the last beach vacation we’ll be able to take as a family. My brother decided he had to drive separately so he could “ride around.” Being the impatient person he is, he smashed the back corner of his car into a cement support beam in the parking garage as soon as he arrived late Sunday night which started him on a spiral of despair. He refused to come out to the beach with us and instead stayed in bed all day long. And once he left, my parents discussed his situation non-stop until one night at dinner I finally had to call them out on it because I WAS STILL THERE. They had been ignoring me all week. Unless I had something to add to the “What’s wrong with Colton and how do we fix it?” discussion, I doubt they even noticed I was there. And this bothered me because I had made special arrangements to take a whole week off work during a busy time and spend it with them. The least they could do is talk about something other than my brother, right?

If you can’t tell, I’m feed up. I don’t want to be harsh. I don’t want to be a jealous Prodigal’s Sister. But I also can’t stand the pity he gets. The special treatment. The rewards he receives for not making an effort. Because I know if the situation were reversed in even the slightest way I wouldn’t get the same kind of treatment. I’d get screaming and guilt trips and no one caring about “hurting my feelings.” They tell me the hard, cold truth and move on.

I know no family is perfect. We probably all have “Wayward Brothers” or some variations of one in our families. We all witness familial unfairness and special treatment. But I do think it’s important to be honest about your family. It’s not worthwhile to sweep our spider webs into the corners and pretend they’re not there. I know it’s embarrassing to admit that you don’t have a perfect family. But perhaps we wouldn’t even want one if we were more honest and began to realize that we all have our family problems.

I wish I had a solution for my parents. I wish I knew the magic way to “fix” my brother for them. But I don’t because I’m only human. And I’m just as flawed and imperfect as he. I’m just not draining their bank account. What I wish they could get over though is the shame. Accepting something as a problem—no longer letting it shame you into an embarrassed burrow—can really be the first step to fixing it. Once you stop hiding, denying, and making excuses, you can actually start to change. I wish they could see that.