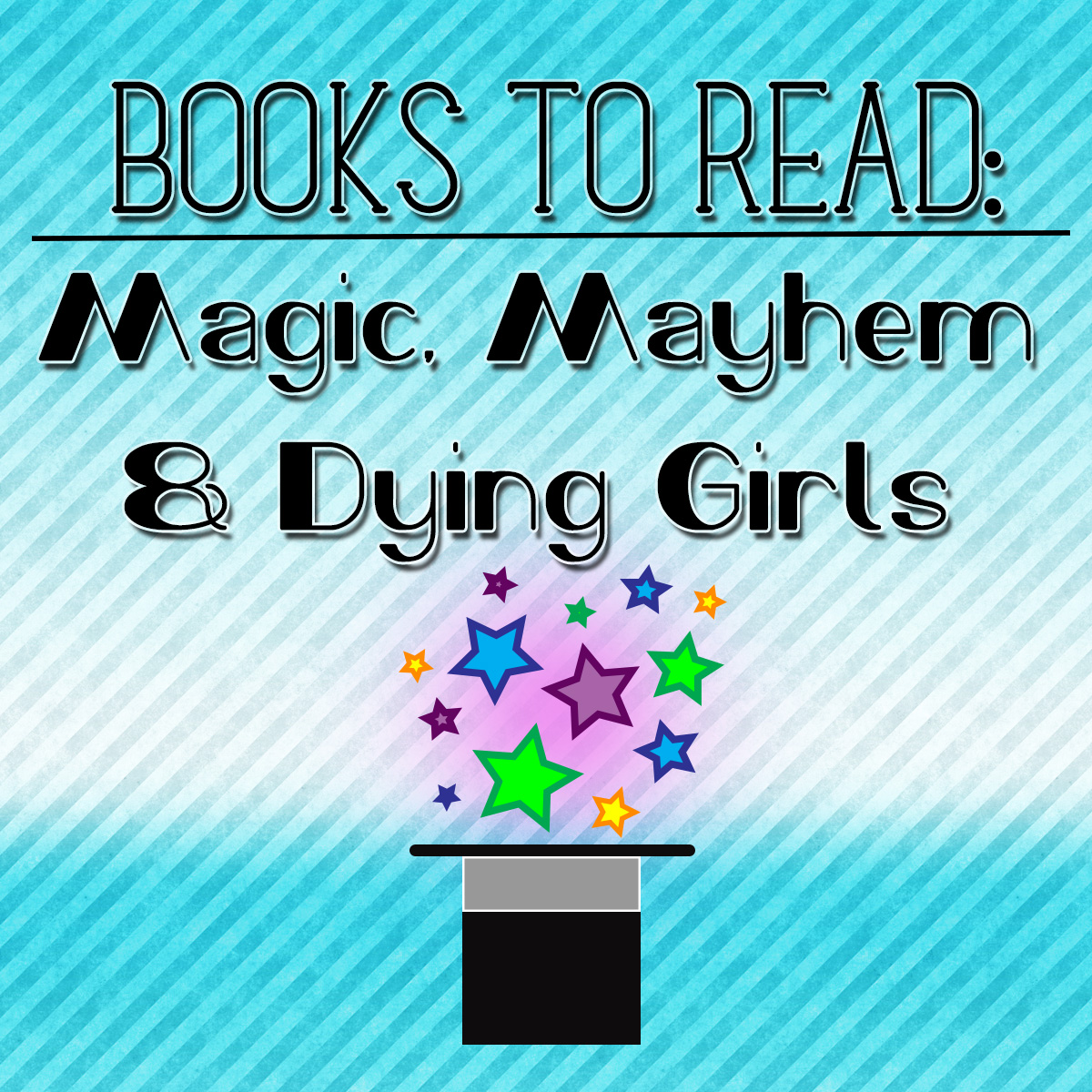 Hello Readers! February is gone and I read another 5 books, so it’s time to share my latest treasures (and “eh, I’ll pass” feelings) with you! There was a lot of magical thinking going on in the books I read this month. Sometimes that meant magic was a well-respected element in the story. Other times, it was a magical imagination! Read on to find a new book that piques your interest! “The Peculiar” by Stefan Bachmann

This book had beautiful world building! I was both enthralled by this fairy-infested world and appalled by it. Bartholomew is a sweet and compelling hero (at least after the first few chapters). His love for his sister, Hettie, propels much of the second half of this story, which makes him seem quite vulnerable and heroic. (He could have just walked away, couldn’t he?)

I listened to it as an audiobook, and I will say that while the narrator is incredibly talented in voice acting, the fairy voices creeped me out so much! It took a while to get used to them and actually hear the story rather than cringe every time a fairy spoke in what I’d like to term “creepy witch or troll under the bridge” voice. But as the story went on, their creepy voices kind of made more sense considering the developments in the narrative. It leaves you with a cliffhanger and I’m excited to find the next book at my local library! (But I think I’ll go with a hard copy this time to avoid the voices). 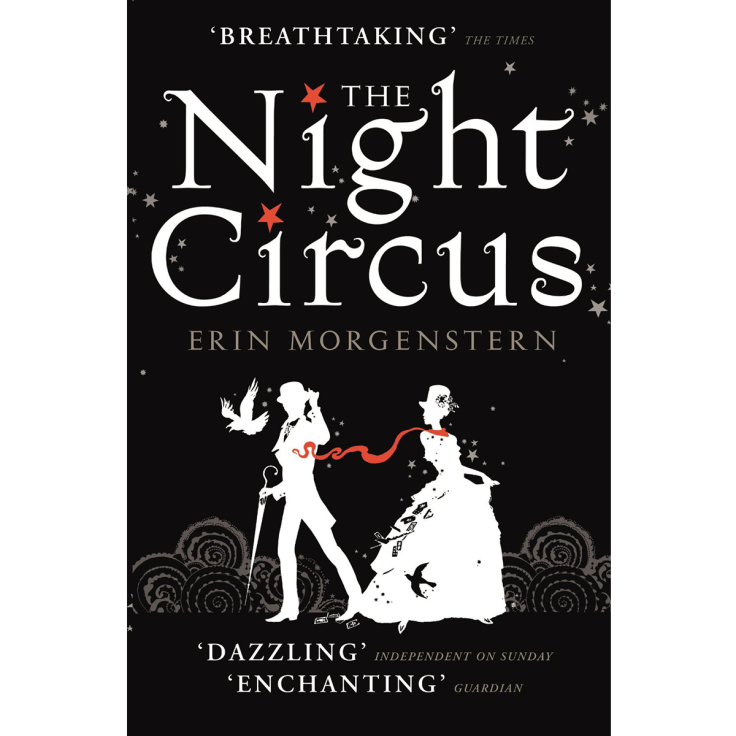 “The Night Circus” by Erin Morgenstern

I love this book so much! It captures the meaning of magic for me. I love all the characters and my only issue would be not getting to know more and follow them into eternity!

What really stood out for me in this book is how Morgenstern describes the new attractions which are both described in detail and left elusive so as to allow your imagination to fill in the details. Essentially there’s a magical quality to the writing when she writes about the circus itself. The rest of the story is compelling but nothing as awe-inspiring as the circus. (This is also consequently one of the issues dealt with in the narrative). However, this magical quality would make it difficult to capture in film form so while I’d love to see this book adapted for the screen, I wonder if it would take away from the magic and mystery that’s allowed to permeate the story to the limits of the reader’s visual imagination. 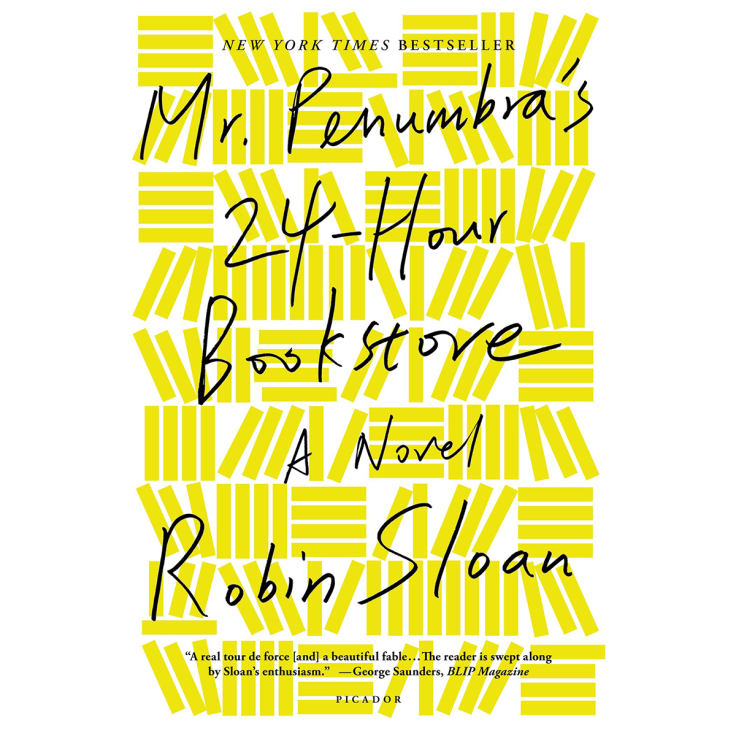 This book made me feel so many things!!!! I found it and added it to my “to-read list” after seeing a list on “Books You Might Like If You Loved Harry Potter” on Buzzfeed. However, the synopsis made it sound less than magical, which is why I held off so long in reading it. BUT OH MY GOSH THIS IS THE BEST BOOK!

This book is great because it’s full of quirky characters, vividly described settings, and references to technology that make it seem magical without being fantasy. An oxymoron, right? I don’t think it will be everyone’s cup of tea, but for me, it blended my love of books and technology and creativity together in a way I hadn’t seen done before. PURE MAGIC GUYS!!! I was literally crying when it ended because I didn’t want to stop reading. 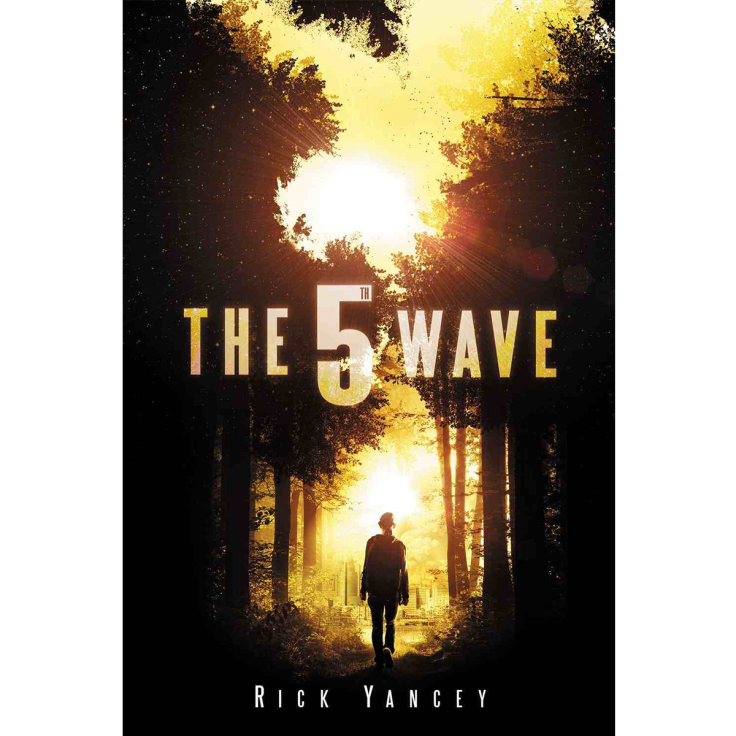 “The 5th Wave” by Rick Yancey

On the one hand, the alien “invasion” in this book is such a fresh and compelling idea. That’s what hooks you to read it. But I had a real problem with the main character, Cassie. I mean I like her at times, but I mostly have the problem with the way she was written. In comparison to the male characters whose perspectives we also explore (e.g. Evan, Sammy, Ben), she seems so much less serious and weak. She isn’t physically weak, that’s very obvious. But there’s a mental vulnerability that isn’t shown in the other characters and it feels like it’s just because she’s a girl. For this reason, “The 5th Wave” got the lowest rating I’ve given to any book I’ve read so far this year.

I’m intrigued enough to read the next book, but she’s just written so differently than the male characters, and it bothered me. It took away from the book as a whole. And I can’t imagine it would make a very compelling movie. Has anyone seen the movie? It was a big deal for a while, but then it seemed like it was silently released which makes me think it’s dud (which is disappointing). 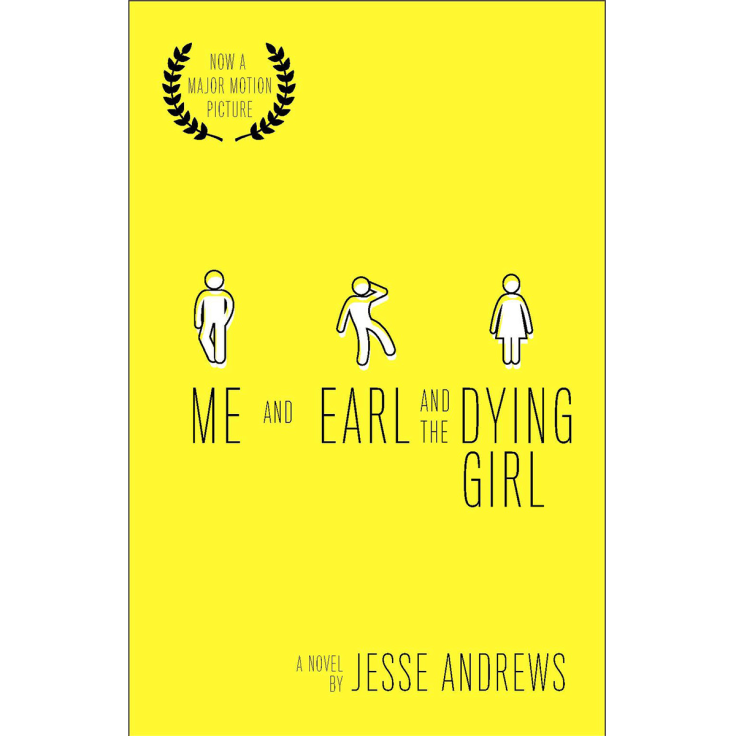 “Me and Earl and Dying Girl” by Jesse Andrews

This book is different than I thought it was going to be. When I heard it called the “cynical version of The Fault in Our Stars,” I guess I didn’t really understand what that meant. Maybe I thought it would have the same kind of twisted sense of humor that TFiOS has but just ramped up a bit with a sweet and heart-warming message at the end. But believe me, it’s cynical. And it’s not a love story or a heart-warming story (as Greg Gaines, the “author” of the story will repeatedly tell you throughout). But even though I kept wondering when the ball would drop, I still loved it. I think the part I can really relate to is Gregg’s filmmaking. I can’t fully articulate what it is about the filmmaking aspect, but perhaps just because I’m a filmmaker too, I found myself reflected in Greg’s struggle to tell a story he didn’t want to tell and didn’t feel like he was qualified enough to tell anyway. He’s got some major self-esteem problems, and I totally get that. If nothing else, I really enjoyed the wide array of storytelling techniques used. I felt the struggle of an 18-year-old guy trying to put down on paper what happened to him and how he felt (or rather, didn’t feel) about it.

I actually watched the movie right after finishing the book, and although there were some significant changes to the adaptation and it’s overall cynicism, I love the movie just as much as the book. This is definitely a situation where there were changes made for the adaptation that actually enhanced the story for this different type of medium.

All in all, this was a great month for reading! With the exception of “The 5th Wave” these books are some of my favorite I’ve ever read! I won’t be forgetting “The Night Circus” or “Mr. Penumbra’s 24-Hour Bookstore” anytime soon. This month’s books also made me think a lot about film adaptations and how easy or hard they would be for each and what kind of storytelling techniques would need to be used to capture the essence of each of these stories.

Does that make me a weirdo? Do you guys imagine the book as a movie while reading? Tell me down in the comments!

Do you ever want to just, throw your phone out the window of a moving car? 🚙 Into the ocean? 🌊 A fiery volcano? 🌋 I took a little social media detox recently and it was WONDERFUL, but why is it so hard to disconnect and STAY offline? Let’s talk about it in today's new video! Link in the bio for ya!
A little now & then for you. ❤️
Finn with some ✨magical✨ lighting popping in to say (a week later, lol) that all my procedures went well last week! The colon prep was not so bad overall 💩but I did get pretty hangry around 1 pm on Tuesday. (I didn’t get to eat again until about 4:30 pm the next day 😭). Still waiting on biopsy results to make sure nothing’s going on on a micro-level, but otherwise things were looking good. I do have a hiatal hernia which is influencing the reflux. (I found out that those are far more common than you’d think 🤷‍♀️). So it’s Prilosec and raising the top of my bed a few inches with some wood blocks (a new project, yay! 😅)
Since I start my next round of big medical testing tomorrow, I thought I should give a follow-up to the first! I completed my 30 day heart monitor at the beginning of September and boy was I happy to take it off! I started getting some skin irritation around week 3 (e.g. slide 3) and by the last week it was pretty frustrating and off and on itchy (e.g. slide 2). I was also VERY busy and stressed at work during those last two weeks so it wasn’t helping the situation. But I survived! It’s taken a good month though for the skin of my chest to heal/get back to normal. I probably should have switched to the secondary nodes they provided if you have irritation but I’m stubborn, lol.
A little look-see at October’s creative content plan! I usually go HARD on the spooky-themed content in October but since I’m only releasing 2 videos this month, these are meant to be a little more evergreen. (Check out October’s journaling prompts on the blog for the full SPOOKY SZN experience. 🎃)
October means the start of SPOOKY SZN, baby! 🎃 And that’s reflected in this month’s prompts (because it’s my favorite time of year! Do I say that a lot? Maybe…) We’ve got the usual smorgasbord of prompt types (i.e. writing, doodle, photo, and free days). And lots of Halloween and autumn-themed prompts to get you in the (spooky) spirit! I'm also planning to try my hand at the @creativesprint this month (I last completed it in October 2016 so it's been a while!) So check out the blog for a look at this month's prompts and how you can get involved too! Link in the bio!
A little #photodump from my time in #surfcitync last week! I’m very thankful to have had a week to relax and recharge. Read a whole book. See a movie in a theater with like 6 other people total. Dress up for a date with Eric. Watch the line of surfers catch waves. Fix a gourmet (gluten free!) brunch everyday. Watch the struggle between the pier birds and the fishermen. Also apparently make this face🤪 A LOT. 🤣🤣🤣
There is a level of daring associated with revisiting your childhood activities and passions. Your childhood is nostalgic because it is in the past. So bringing it to the present runs the risk of cheapening the magic of your memory.
Let’s unlock that deeply buried memory from your 90s childhood of making a glue bookmark from a Spacemaker pencil case (or intensely confuse you as to why you’ve never heard of this before?!) Either way it’s a blast from the 90s past!