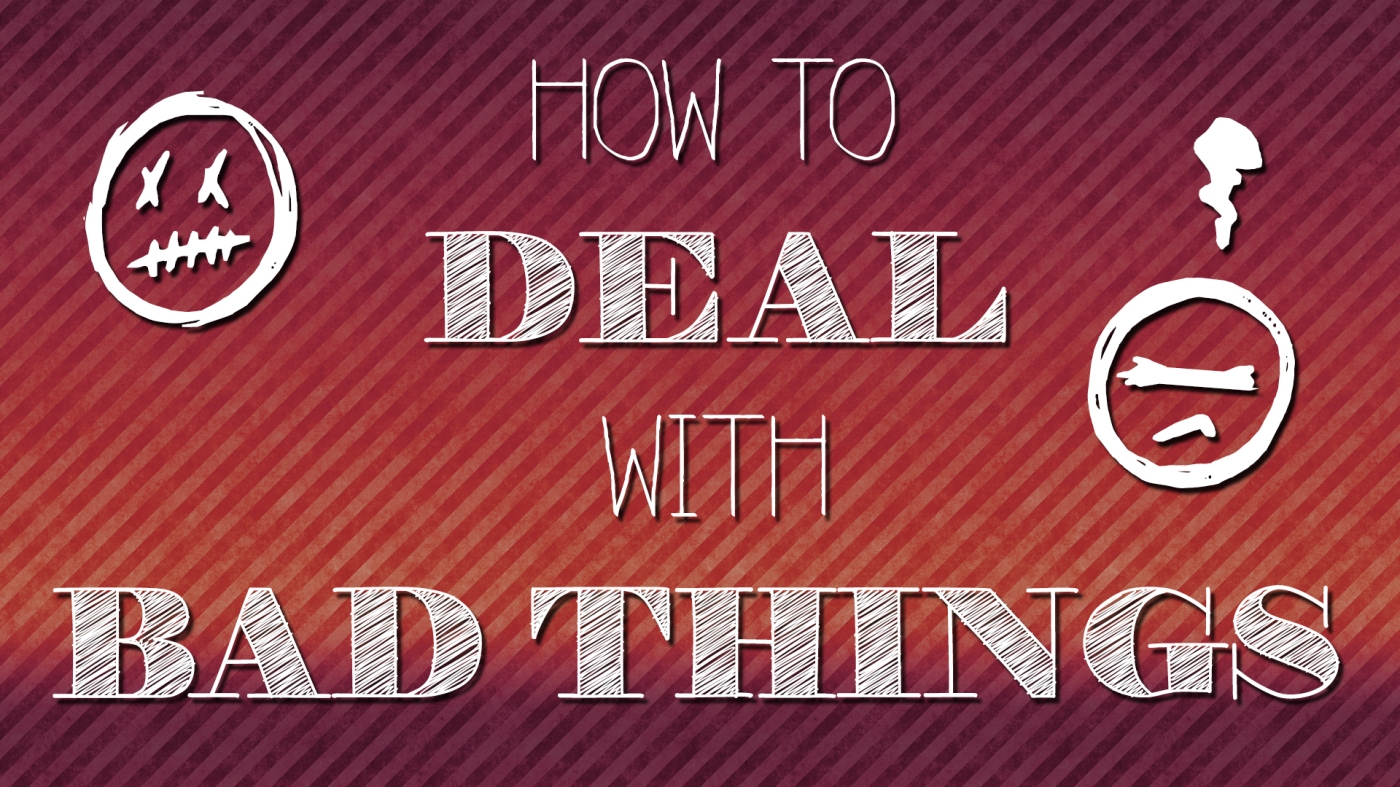 Over Thanksgiving this happened to my car: 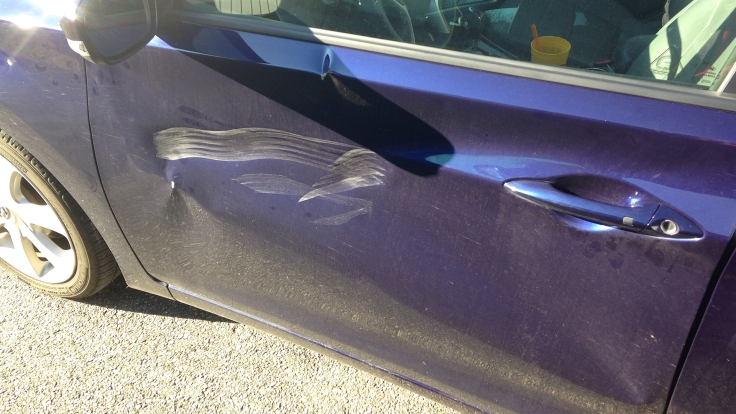 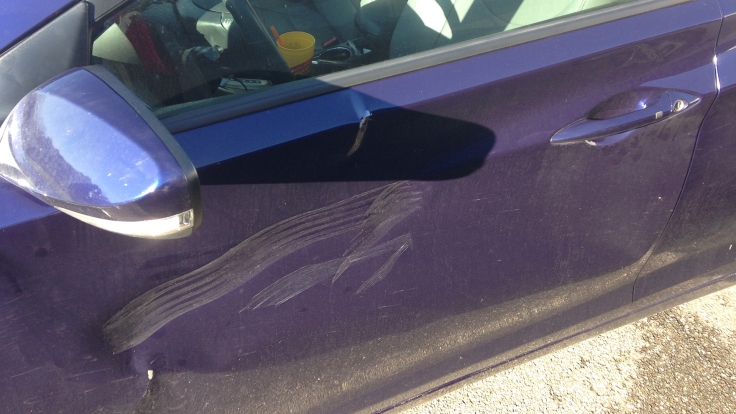 And I subsequently went into a meltdown that probably looked something like this: 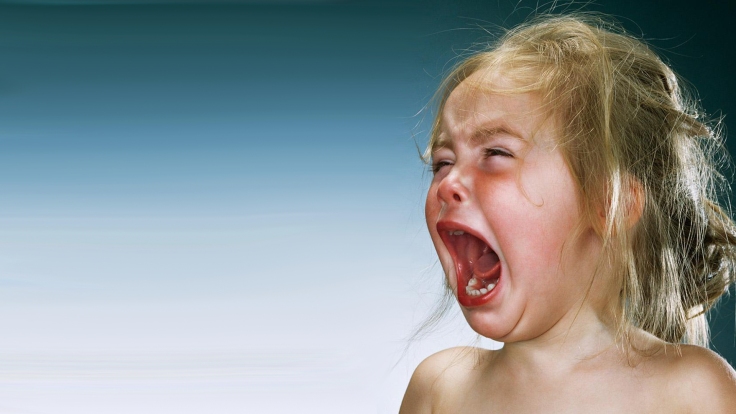 You see my car is pretty precious to me. Not because I’m a crazy car person (that’s cats!), but because it’s the first and only thing that’s ever been “mine.” I don’t have an apartment or a house or a dog or a husband or a child. I have my vlogging camera and that’s about the only other thing of real value that belongs to me. If someone smashed my camera I would be devastated, and similarly when someone backed into my car (accidentally!) I had a mini world rocking. I’d never had to deal with insurance before. I was afraid to tell my dad for fear of him somehow laying the blame on me. I was embarrassed that I would have to drive it around for a while with a big dent in the side because I felt like that dent somehow reflected badly on my character. (Like what kind of irresponsible person let’s their car get dramatically dented and then still drives it around?)

So we can say that I had to deal with a “Bad Thing” in the context of my life. In no way, was it the worst thing that ever happened to anybody ever, but it was certainly causing me a lot of strife. And we all have Bad Things happen to us. They don’t always look “bad” to other people, but to us, in our individual lives we have struggles and Bad Things and we have to find a way to deal with them. So I made this list:

Step #1: Go be by yourself and cry/scream/emote it out.

Emotions are natural. Suppressing your emotions is not. It’s best not to inflict your deluge of emotions on unsuspecting bystanders though. So take a little alone time and figure out your emotions.

In my case, my boyfriend’s father hit my car. I could have been really mad and blamed him and held a grudge. But after my initial emotions ran their course, I realized there wasn’t any point in blaming anyone. I knew he didn’t mean to do it. And even if he had (which why would anyone do that?), it still wouldn’t do any good. It would just be me simmering in my own anger. In other cases, the person you have to forgive is yourself and this is just as important to do.

You can’t do everything all at once. And you definitely can’t fix all the Bad Things at the same time. Many times we feel like we have to, but that’s just not feasible for anyone. So what do you do instead? Stay calm and put one foot in front of the other. Take one step at a time. And know that moving slowly but surely forward will get you to the end of the Bad Thing eventually.

I haven’t made it to the end of the Bad Thing yet. There’s still a dent in my car.   But I have an estimate from the insurance company, and it’s scheduled to go into the shop for the repair in January. Every step I take is new and scary for me, but I’m doing it! And I have so far successfully dealt with the Bad Thing. And I hope whatever Bad Things you’re dealing with will work out too!

Do you ever want to just, throw your phone out the window of a moving car? 🚙 Into the ocean? 🌊 A fiery volcano? 🌋 I took a little social media detox recently and it was WONDERFUL, but why is it so hard to disconnect and STAY offline? Let’s talk about it in today's new video! Link in the bio for ya!
A little now & then for you. ❤️
Finn with some ✨magical✨ lighting popping in to say (a week later, lol) that all my procedures went well last week! The colon prep was not so bad overall 💩but I did get pretty hangry around 1 pm on Tuesday. (I didn’t get to eat again until about 4:30 pm the next day 😭). Still waiting on biopsy results to make sure nothing’s going on on a micro-level, but otherwise things were looking good. I do have a hiatal hernia which is influencing the reflux. (I found out that those are far more common than you’d think 🤷‍♀️). So it’s Prilosec and raising the top of my bed a few inches with some wood blocks (a new project, yay! 😅)
Since I start my next round of big medical testing tomorrow, I thought I should give a follow-up to the first! I completed my 30 day heart monitor at the beginning of September and boy was I happy to take it off! I started getting some skin irritation around week 3 (e.g. slide 3) and by the last week it was pretty frustrating and off and on itchy (e.g. slide 2). I was also VERY busy and stressed at work during those last two weeks so it wasn’t helping the situation. But I survived! It’s taken a good month though for the skin of my chest to heal/get back to normal. I probably should have switched to the secondary nodes they provided if you have irritation but I’m stubborn, lol.
A little look-see at October’s creative content plan! I usually go HARD on the spooky-themed content in October but since I’m only releasing 2 videos this month, these are meant to be a little more evergreen. (Check out October’s journaling prompts on the blog for the full SPOOKY SZN experience. 🎃)
October means the start of SPOOKY SZN, baby! 🎃 And that’s reflected in this month’s prompts (because it’s my favorite time of year! Do I say that a lot? Maybe…) We’ve got the usual smorgasbord of prompt types (i.e. writing, doodle, photo, and free days). And lots of Halloween and autumn-themed prompts to get you in the (spooky) spirit! I'm also planning to try my hand at the @creativesprint this month (I last completed it in October 2016 so it's been a while!) So check out the blog for a look at this month's prompts and how you can get involved too! Link in the bio!
A little #photodump from my time in #surfcitync last week! I’m very thankful to have had a week to relax and recharge. Read a whole book. See a movie in a theater with like 6 other people total. Dress up for a date with Eric. Watch the line of surfers catch waves. Fix a gourmet (gluten free!) brunch everyday. Watch the struggle between the pier birds and the fishermen. Also apparently make this face🤪 A LOT. 🤣🤣🤣
There is a level of daring associated with revisiting your childhood activities and passions. Your childhood is nostalgic because it is in the past. So bringing it to the present runs the risk of cheapening the magic of your memory.
Let’s unlock that deeply buried memory from your 90s childhood of making a glue bookmark from a Spacemaker pencil case (or intensely confuse you as to why you’ve never heard of this before?!) Either way it’s a blast from the 90s past!