Last week we talked about mystery, video games, and middle-grade humor. This week my novel recommendations focus more on magic–real, alien, and hypothetical. 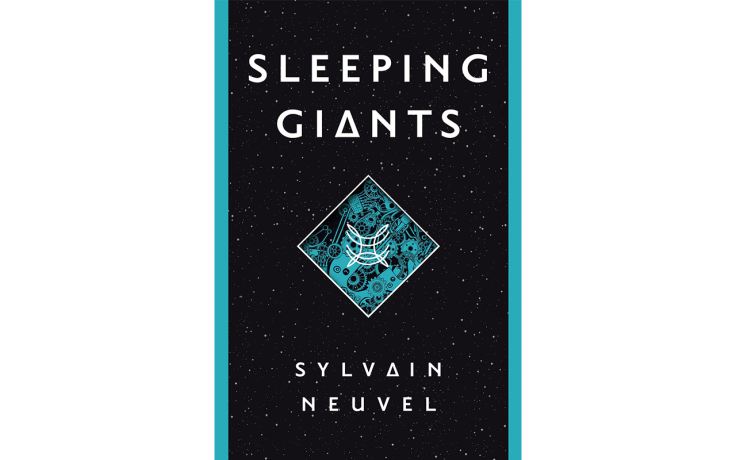 What would happen if we stumbled upon a piece of a giant alien machine? Would we decide it’s a weapon or an opportunity for advancement and peace?

“Sleeping Giants” is a really interesting book both in story and structure. It’s told through journal entries, official reports, and transcripts of conversations between the main players in the story and an unnamed psychiatrist/doctor/political influencer. I listened to the audiobook which employed several different voice actors for the different roles making it even more enthralling.

At first, it seemed like a weird structure, and I didn’t quite understand what was happening.  But soon you find yourself caring for this group of experts who rather unknowingly get drafted into the dangerous world where politics and alien technology meet. It raises pressing questions about morality and how far one can go for the “greater good.” But it also makes you care about the characters–a disenfranchised scientist, a skilled pilot with anger issues, a crippled linguist. Though the reports and transcripts are meant to relate the events of the search for and assembly of the alien technology, it’s the relationships between the characters that bleed through and pull you into the story. 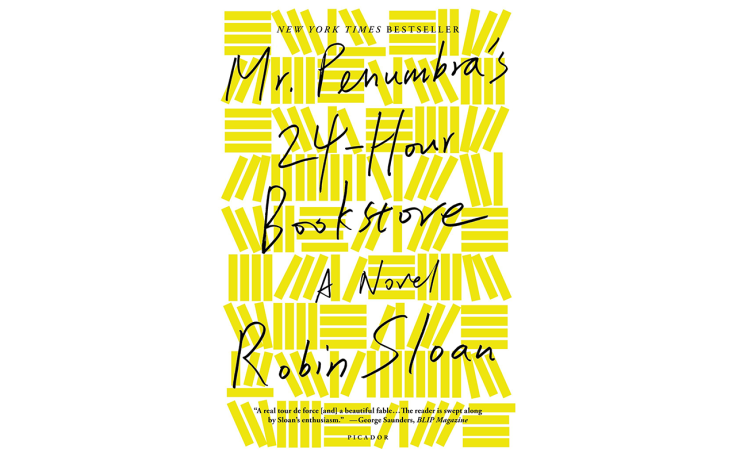 This is a magical book without employing any actual magic. Instead, you’re introduced to the magic of data science.  Who would have known that a book about the reverence for books and the onset of digitizing technology could be so engaging? “Mr. Penumbra’s 24-Hour Bookstore” is really the kind of book that teaches you a story can have all the magic and whimsy of your favorite fantasy novel while still being set a completely realistic world like our own.  It’s also the first book I think I’ve read where some of the characters are Google employees and while I’m not sure if the kind of technology that the book describes Google as having is real (although part of me knows enough about Google to feel like it’s at least possible), Google is in itself a pretty magical company. It’s no wonder the story lends itself so easily to magic!

The Night Circus by Erin Morgenstern

“The Night Circus” is another story with magic and whimsy, but this one actually does employ real “magic” rather than the magic of technology. You might be catching a theme here that one of the reasons I recommend books is because of the characters, and this one is no different. When I can love and hate characters and fail to reliably predict all of their actions, I consider that book a winner. But The Night Circus also wins in the description category. Morgenstern describes the Circus beautifully, but she also leaves enough to your imagination that you feel neither cheated of the magic nor lost as to the mechanics of the Circus. Her descriptions essentially become a self-fulfilling loop of expectation and enlightenment.  Just as with the Circus, you’re constantly being delighted to contentment and then seeking more.  And gloriously, there’s always more to give. That is until the end where my only gripe with the book is that it has to end. I need more, I say!

The Golem and the Jinni by Helene Wecker

Again, you’ll find multi-faceted characters and rich descriptions in “The Golem and the Jinni” to keep you enthralled, but it’s the themes of feeling outcast and the struggle of the immigrant that I feel are perfect reading for the cultural and political climate at the moment. Being a Polish or Syrian immigrant is hard in the late 1800s, but being a Polish or Syrian immigrant AND being a magical being–how you can possibly hope to fit in or survive?

Connecting with a community is given as the answer to the immigrant’s struggle (as it is in many stories like this), but “The Golem and the Jinni” takes it one step further to advocate for creating your own unique communities outside your culture. Essentially, you can find “family” in the most unique places!

2016 was an amazing year for books. I feel profoundly influenced by all eight of the ones I’ve listed in this two-part series as well as many of the others I don’t have the time or the page to document for you! I read for the pleasure of it, but I also read for what I can learn about different cultures, sexualities, religions, time periods, and imagined histories. With stories, I can let my imagination run wild and constantly ask the question “What If?” I hope you’ll consider reading some of these great books, and sending me some of your own recommendations! It’s time for some reading in 2017!