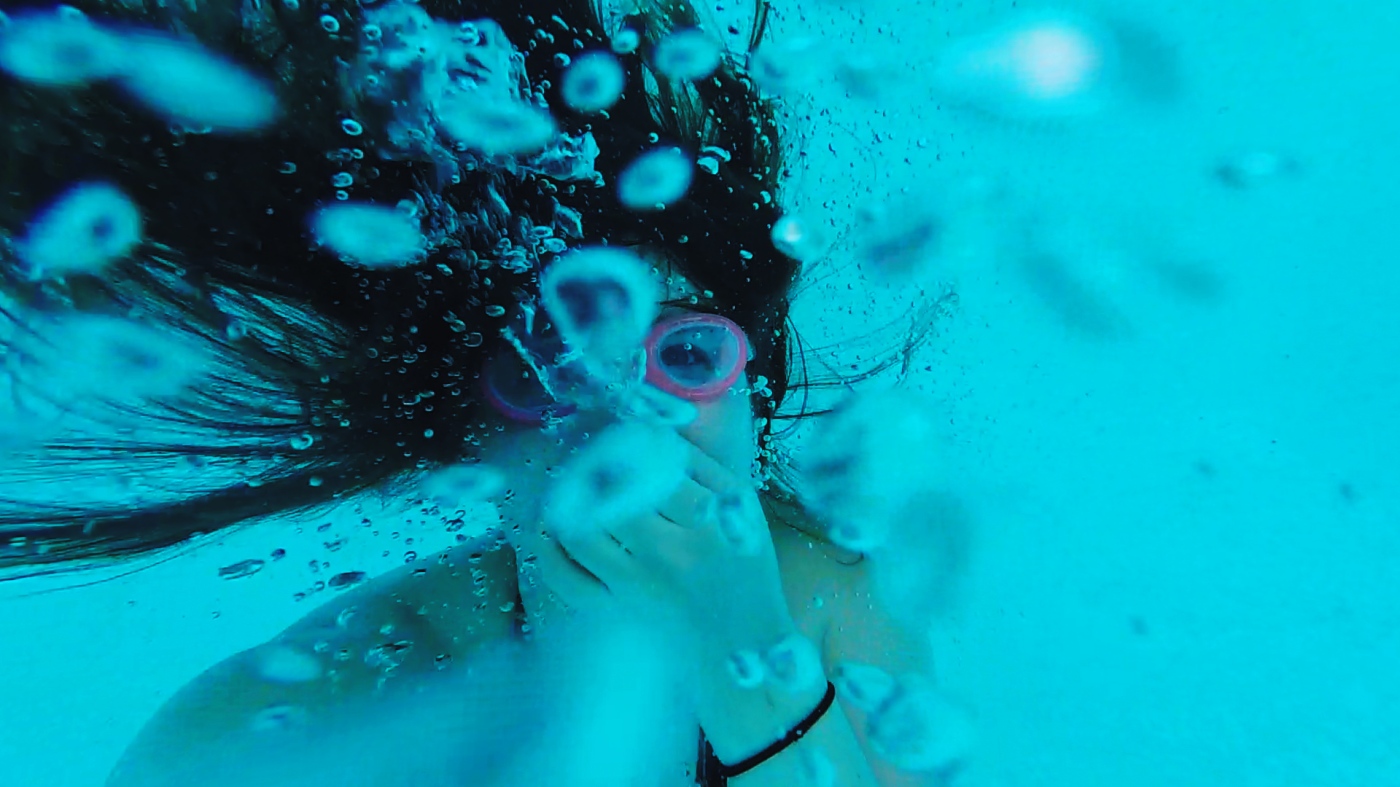 I’ve been challenging myself to periodically write a poem as part of my daily journaling practice. The prompt “Write about your favorite smell” felt like the perfect moment for a poem so I wrote this:

But when thinking about videos for August, I remembered I had some pool footage I shot last summer and thought combining the two might make for a perfect visual poem.

My visual poems tend to skew a little sad. (I’m kind of just a melancholy person a lot of the time. 😅) But this one I think is surprisingly hopeful. It’s more nostalgic sad than BIG sad, if you know what I mean. It’s a little story about how I lost my sense of smell, but more so about how I’m a Daddy’s Girl.

I wanted to make sure I chose a background track that had a little bit of pep and fun to it. (Let me run wild and I almost always chose something that sounds like a sad Sigur Rós or Explosions in the Sky song). And combining it with the footage which I shot on a particularly fun evening being silly in the pool, I feel like I accomplish what I was looking for.

I shot it in 120 fps so I could play with some slow motion effects (which is especially fun with bubbles 🛁). And included lots of smiles and silly faces. A fair amount of unflattering angles too. (Kaitlyn in a bathing suit is never something I’m excited about putting on the internet because people are MEAN). But there’s a level of authenticity to sharing footage where I’m just…playing in a pool like a kid.

My only complaint footage-wise is that a lot of it was pretty unstable (par for the course with using a handheld action camera and no stabilizing gear). Warp Stabilizer in Premiere Pro was only so effective. Sometimes after applying it I’d just trash the footage and chose another clip instead. Other time I’d just live with a slightly shaky clip. And still others like at 0:32 I kind of like the warped effect it creates on this spinning footage so it’s unique in its own right.

All around I think it’s pretty decent for a video cobbled together from random experimental footage I shot over a year ago with a poem I wrote for journaling and not necessarily public consumption!

Also, can we talk for a second about thumbnails?

Title and thumbnails are one of the main drivers of click-through-rates on YouTube videos, and it’s something I struggle with a lot because honestly, I never know what people want! Faces, bright colors, and bold text are demonstrably what work overall on YouTube, but when I make a visual poem video like this, I’d rather the thumbnail reflect it as part of the art than try to be IN YOUR FACE eye-catching like so much else out there. (I personally am much more likely to click on a PRETTY thumbnail from a channel I’ve never watched before than I am for the typical big faces/crazy facial expressions and that’s the kind of audience I’m trying to attract.)

For Chlorine though I had several screenshots that I loved and I just didn’t know which direction to go in. So I put it up on Instagram and Facebook for your input!

Unfortunately 😅 you all seemed to have the same issues I did! There was a three-way tie between A, C, and E. Then B and D were tied in 2nd place. So I got the general idea that I probably couldn’t go wrong and thought I’d experiment with adding the text to see what looked better.

E is probably my favorite and what I ended up choosing to use for this blog’s thumbnail. I felt like it was intriguing enough to stand on its own so the blog seemed a nice fit. Trying out the text on A and C, I started leaning towards A because again, faces just tend to do better click-wise on YouTube. Humans love faces, man! B is probably my second-favorite image after E because it’s another image that looks like it has a story, but the contrast makes it better suited for large screens which poses a problem since so much of social video watching is done on mobile phones. So I was back to A and then for good measure, I started experimenting with text on D as well which ended up being the winner in my book because the framing was more interesting and fit the text better. Plus I’m looking directly at the camera which is a draw-in. I’ve got some siren vibes going on, maybe? 🧜‍♀️

Anyway, because I spent time on them (and you guys made your own suggestions) here are the various iterations!