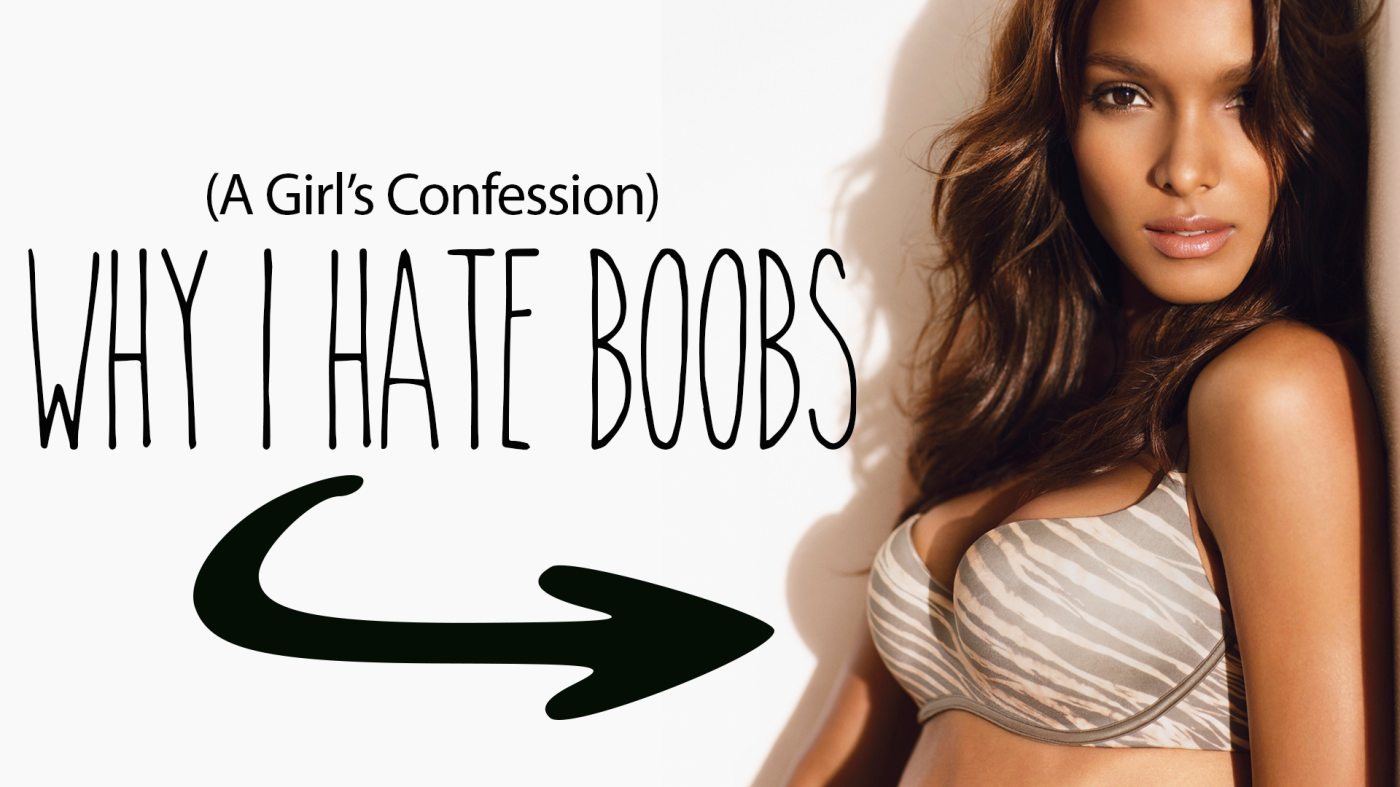 Breasts. Boobs. Ta-tas. The rack. The girls. Whatever you want to call them, most women have them in varying degrees. But as much as men love them and how they’re needed for certain womanly duties, I’m kind of not a fan.

It’s not that I don’t like breasts in general. They look great and feminine and whatever on plenty of women, but I’ve found over my time with boobs that they really make my life more difficult and sometimes plain exhausting.

I’m not particularly “large breasted.” I was a 34B all the way through high school and college, but in my post grad time somehow the girls decided to fill out and I’m more of a 36C now. (But to tell you the truth, I would probably benefit from a legitimate bra fitting in one of those fancy parlors. But then I would feel obligated to buy the expensive bras. And I’m a poor post-grad.) I imagine they’re probably proportionate to my body, especially for a 24-year-old young woman, but I think I have a rather skewed idea of the female anatomy because of the fashion industry, and somehow being able to go braless and look nearly flat chested seems ideal to me. But I digress.

No matter my breast size, my boobs just tend to annoy me. They get in the way. They make me look fat. They won’t fit into a shirt or dress correctly that fits me in the waist. They wear out sports bras way too fast. I can’t find an appropriate bathing suit top. The list goes on and on. So I decided to compile my list of top twelve reasons why I hate boobs. Any girl with an aching back or an unknown bra size will certainly be able to relate.

#1: I can never find an appropriate swimsuit. (Padded cups are the bane of my existence.)

Swimsuits (especially bikinis) are made for women with very minimal breasts. Bandeaus and flutter tops are made to accentuate what isn’t there. If you already have something there, you just end up looking disproportionate and/or fat. String bikinis don’t provide enough support. EVER. So then you look saggy. Halter tops are about the only option but apparently they’ve gone out of style in 2014 which is very unfortunate for this avid swimmer in need of some new suits. And one pieces…well they don’t exactly cater towards women with long torsos like myself, but that’s an entirely different problem. Plus there’s the fad now of padded cups, which is great for women with smaller breasts, but makes me feel like I’m going to spill over my swimsuit if I even move. 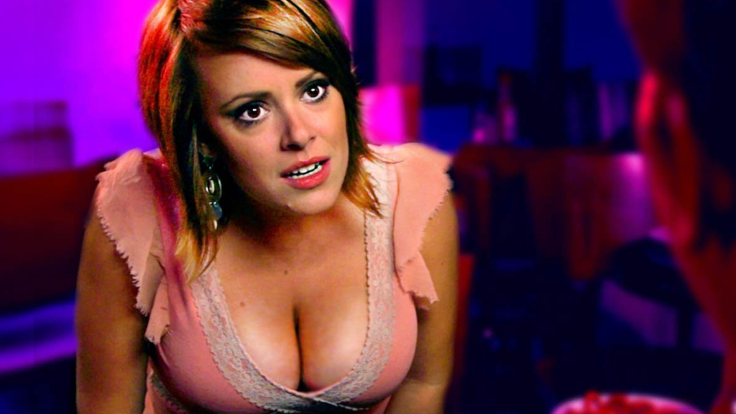 During the early 2000s (when I was in middle and high school), Aeropostale became very popular in my area as did their 3 button junior’s polos. EVERYBODY wore those collared shirts in a million different colors. I think they were intended to look relatively conservative and more classy than crew neck t-shirts (which is pretty much all I had worn up until that point), but then bring in the busts. These polo shirts had a limited amount of stretch available to them so they expanded where they could to accommodate breast size. This unfortunately meant more buttons would have to be undone and more cleavage shown. As a teen I really didn’t have much in the breast in the department, but boy, if one too many buttons were undone and you could even barely see a shadow of cleavage, my mom would have a fit! This has thus forever scarred me when wearing low cut or more open neck shirts for fear of coming off as a “hussy” as my mom liked to put it.

#3: I can wear rompers in the summer, except when my boobs get in the way.

#4: I can never figure out where they’re supposed to sit on my body.

When I was a teenager, I would put my boobs in a bra and then suddenly they felt like they were up at my neck and WAY TOO HIGH. As a young adult, they don’t sit quite as high anymore (gravity, bummer) and it makes me wonder if they’re too low. Are they sagging? Do I look like an old woman? Do I need a more supportive bra? Are they lower because I haven’t been taking care of them enough and not wearing the most supportive bra for them? Have I ruined them already? These are the questions one contemplates when looking in the mirror. 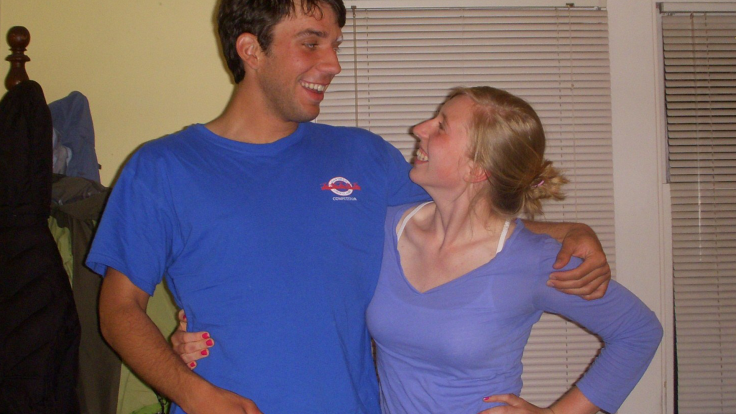 How do you hug someone you’ve only just met without groping them with your breast? This is why side-hugs were invented. Or what about when you walk up behind a coworker without them knowing it and they animatedly move their arms in the air and do that awkward “boob brush.” Do you say something? Do you just let it go and act like you didn’t feel it? Did they even notice? Does it make you seem like a pervert for letting them touch your boob and not saying something? Do you have to apologize for THEM violating your personal space?

#6: Wearing two sports bras to give you enough support is advertised but not practical. 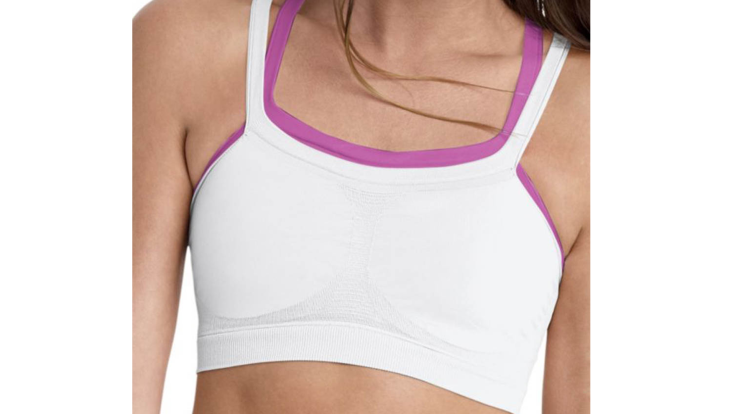 When you buy a value pack of sports bras they tend to show a picture of a girl wearing two sports bras presumably for the fashion-forward look of mixing colors. It could possibly be she needed two of them for the support. Maybe. Then you go home and you try wearing two sports bras at the same time (either for support or the style) and then you spend the next hour trying to wrangle your upper body out of that stretchy-but-stiff net of death.

#7: Having to buy a shirt or dress a size too big so that it will fit my boobs. 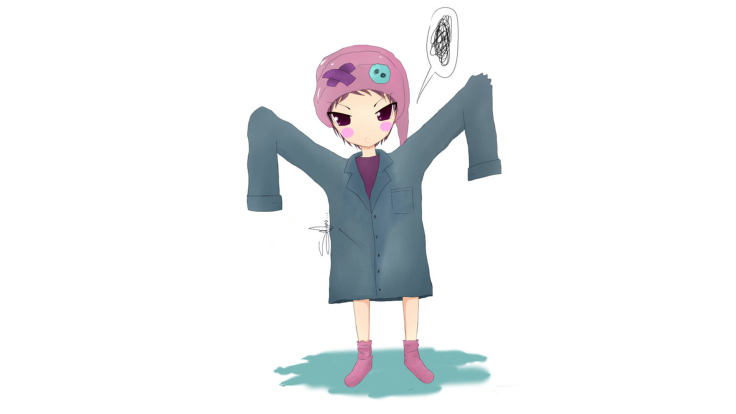 There have been so many times when I find the perfect dress or shirt and that fits me in the shoulders and the waist without tugging or pilling or making me look fat, but then there’s the chest issue. Either the buttons look like they’re bursting or it’s supposed to be a flowy dress and it is everywhere BUT on my breasts or the fabric is so stretched by my boobs there’s no more give left for me to move my arms at all. So then you have to decide if buying a size larger is worth it. It might fit your chest but will it hang off your shoulders or waist?

I’ve also had the opposite of this problem where I find a dress or shirt that fits great in the waist or shoulders but bags out in the boob area. This is actually even more embarrassing for me, I usually just give up on it all together. I would much rather look like I’m wearing something slightly oversized that my boobs fit into than something correctly sized that my boobs are swimming in. I don’t know why but the latter seems to hurt my self-esteem more. And really, I create this problem for myself because I can’t decide if I need to shop in junior’s or women’s clothing. I love junior’s sizing, but they’re made for girls with very limited breast sizes. Women’s clothing though is still made for girls with bigger boobs than me. So where do I fit in!?

#8: If I wear the wrong thing I feel like I look fat or pregnant because of them.

The empire waist dress and shirt are the bane of my existence. They got really popular when I was in middle school and I had this one (jerk) guy at lunch ask me “When’s the baby due?” and I have been permanently traumatized concerning this style of clothing. Empire Waist dresses accentuate your breasts. If you don’t have much and are generally thin all over, it can look appealing. If you’re plus-sized and/or apple shaped, it can give the illusion of a smaller waist. But if you’re average to larger breast-sized with a small waist, things start to get wonky. If you don’t have a perfectly flat stomach, you start to look pregnant even though you’re not and then the cruel middle school comments start rolling in. Can you tell I very sparingly wear empire-waisted clothing now?

#9: There are beautiful strapless/backless/see-through dresses and shirts out there, but how do you wear those things with boobs?

How do you hold your boobs up? How do you look classy when everyone can see your bra? Bandeaus look cute on girls with minimal chests and see-through chiffon shirts, but they just don’t get the job done for anyone over a B-cup. And strapless dresses are a nightmare. You either get them tight enough to hold up your breasts but give you terrible armpit rolls or too loose and in need of a bra that will inevitably show. Girls are supposed to wear bras, and yet the fashion industry makes clothes that seem illogical to wear a bra with. How does any of that make sense?

#10: They just refuse to be evenly sized.

There’s always that stubborn boob that just wants to be the leader of the pack and is therefore just a wee bit bigger. Which means you’ll always look a wee bit lopsided in bikinis and bras and form-fitting shirts. Life isn’t fair sometimes. 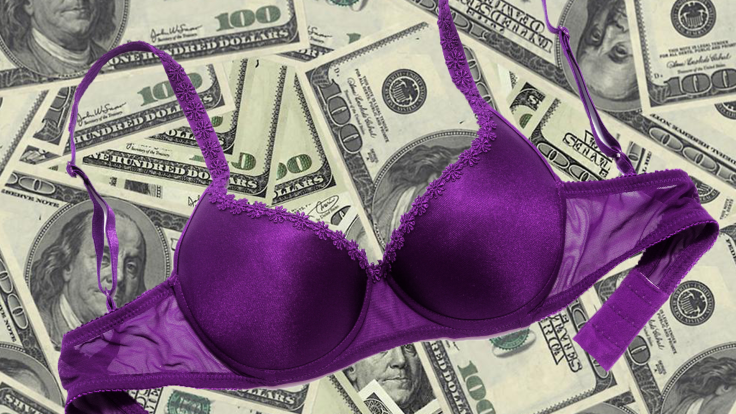 I bought a bra the other day, $40 for a basic, no-nonsense bra at a department store. I don’t dare go into Victoria Secret or any specialty bra store. And they never discount them either. They might do the “buy one get one half off” thing, but you’re still forced into dropping a good chunk of change on just bras. It’s like men’s belts perhaps. But still, men don’t HAVE to wear a belt every day. And they don’t usually wear out as fast either. Essentially the bra world is a necessary and greedy evil.

Points one through eleven can pretty much be considered first world problems. When you’re a girl, they suck. And as women, we’re united in our frustration with breasts. But breast cancer isn’t such a first world issue. I know men can get breast cancer too, but it’s much more prevalent for women. And it changes us in ways that men can’t experience. Women are heavily influenced and burdened by mastectomies. We may complain about our breasts, but no woman would choose to have one or both of them ripped from us maliciously as cancer does. No woman would prefer the scars of breast cancer to the hassle of finding the right-fitting bikini top or shirt. “Uneven” breasts take on a whole new meaning. I’ve never had breast cancer. I hope I never do. I hope no one I know ever does. Sadly, I know that’s very unlikely since it affects so many people.

As much as I hate breasts sometimes, I’m still grateful that I have them and they’re healthy. The frustrations I deal with on a daily basis are nothing in comparison to having a life-threatening illness in connection with them. I have to remind myself that boobs will be uneven, the fashion industry will never make clothing just for my size, and bras will always be expensive, but I’m very lucky to them when so many other women don’t have the choice.

7 thoughts on “Why I Hate Boobs”